Start of the Double Elimination on Day 2

The few juniors that entered the pro fleet at this event deserve a special mention. The way they have been blending in with the pro riders, showing most of the new power-moves and turning into feared opponents, was pleasant to watch. Lennart Neubauer (Starboard) from Greece, who won the U16 single elimination yesterday, defeated Israeli Eliran Levi to face Sam Esteve (JP/Neilpryde) in the next round. The first half of the heat, Neubauer gave the Frenchie a really hard time by matching his scores. In the second half of the heat however, Esteve turned it around by tremendously improving his starboard tack landing a double culo, a burner no handed and a spock culo. Antony Ruenes stopped his fellow countryman in the following round to meet Steven Van Broeckhoven (Gunsails / Starboard) who made his way up from the other side of the draw. 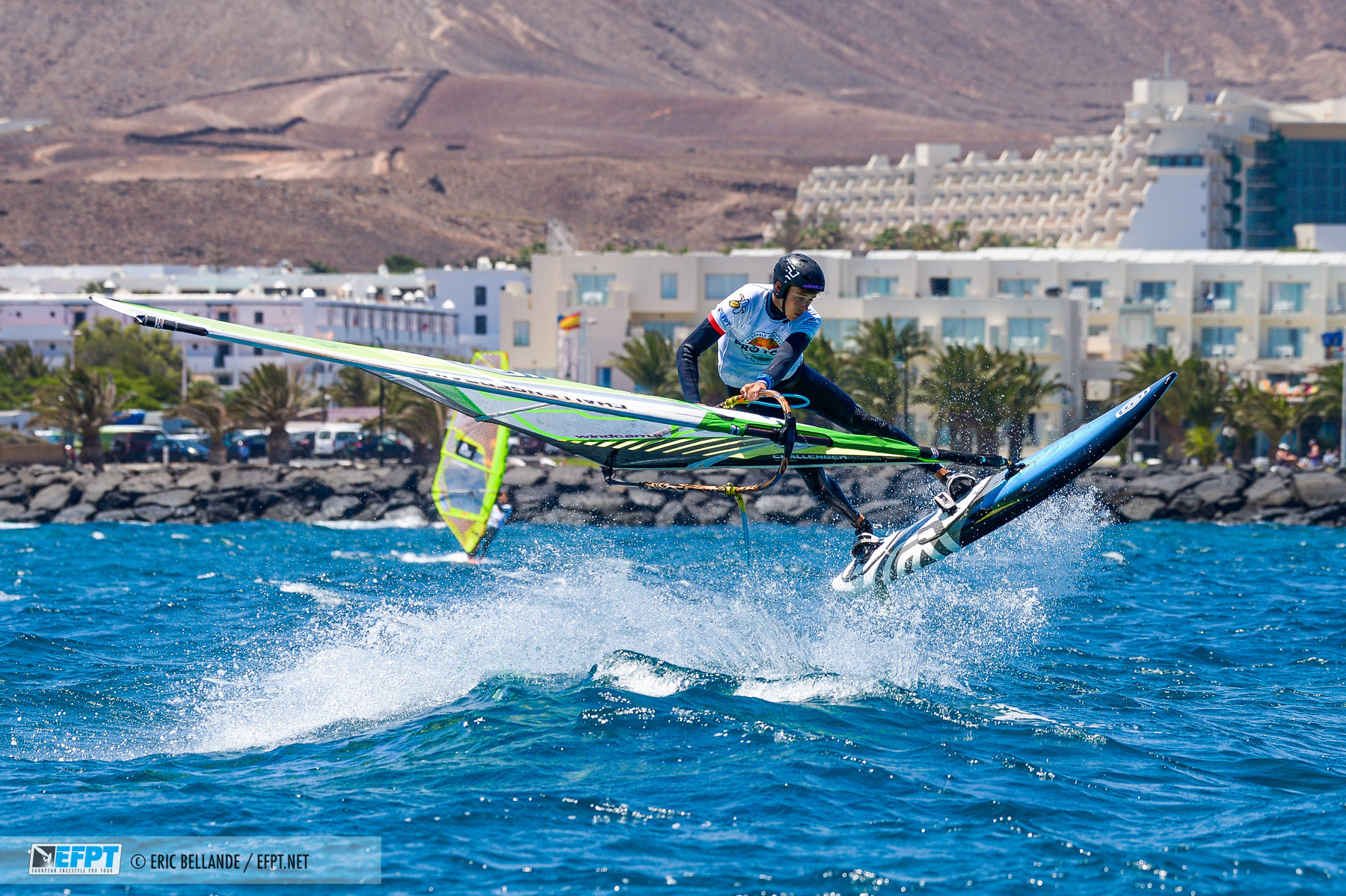 Also 17 years old Italian rider Eugenio Marconi has been impressive in his heats against Nil Bacon and Davy Scheffers. Marconi landed a culo, shaka and air flaka 360 to count on port and a culo, burner and kono on starboard tack, proving some serious potential.

Kiri Thode who wants to make his way back into the international competition scene, finally received his gear, that had been lost on the flight here. The flatter conditions today definitely favored the sailor from Bonaire and he could succeed over Aleksandr Sorokin from Russia and Riccardo Marca (Duotone/Fanatic) from Italy but lost the battle against Van Broeckhoven.

Marco Vinante, who joined the F2 international team this year, impressed with a solid perfomance today taking down Dimitris Bratanov and Marco Lufen (Duotone/Fanatic) but couldn’t get past Giovanni Passani. Even though Vinante had been winning on starboard tack (culo, air bob, chachoo), his scores on port remained too low. Passani who is currently sitting in 4th position overall, was eager to improve his ranking of the single elimination, yet again Gunsails/Starboard team-rider Van Broeckhoven put a sudden end to the Italians run. 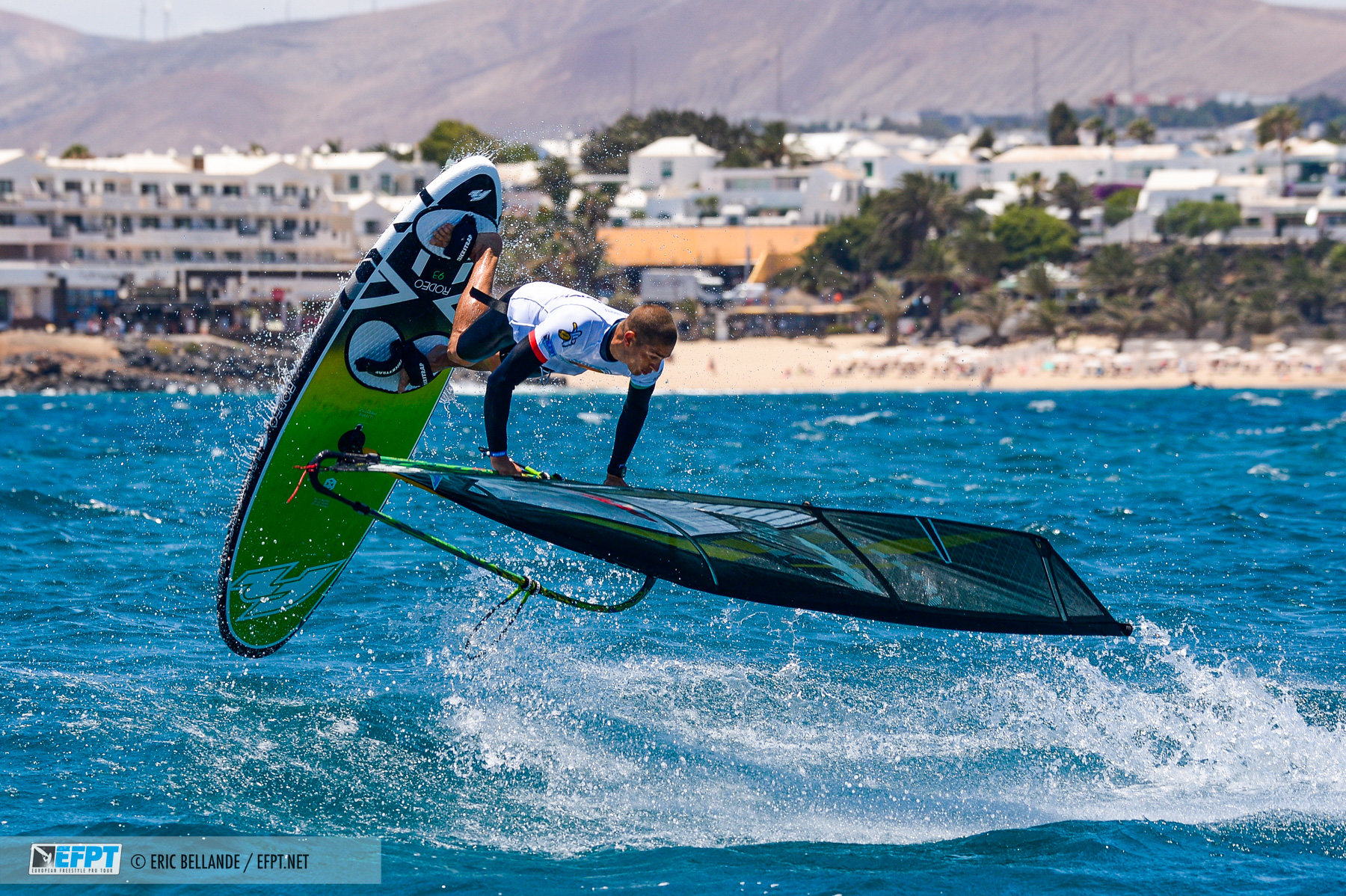 Antony Ruenes had made his way up from the other side of the draw to face Steven Van Broeckhoven. Both riders have been sitting in 5th place after the single elimination, now it would be one or the other to take 6th place in the double or to make their way further up. With the wind decreasing in strength more and more, the heat had to be cancelled. Riders were kept on stand-by for the remaining day, however had to be released at 6.00 pm as the conditions didn’t become suitable again. 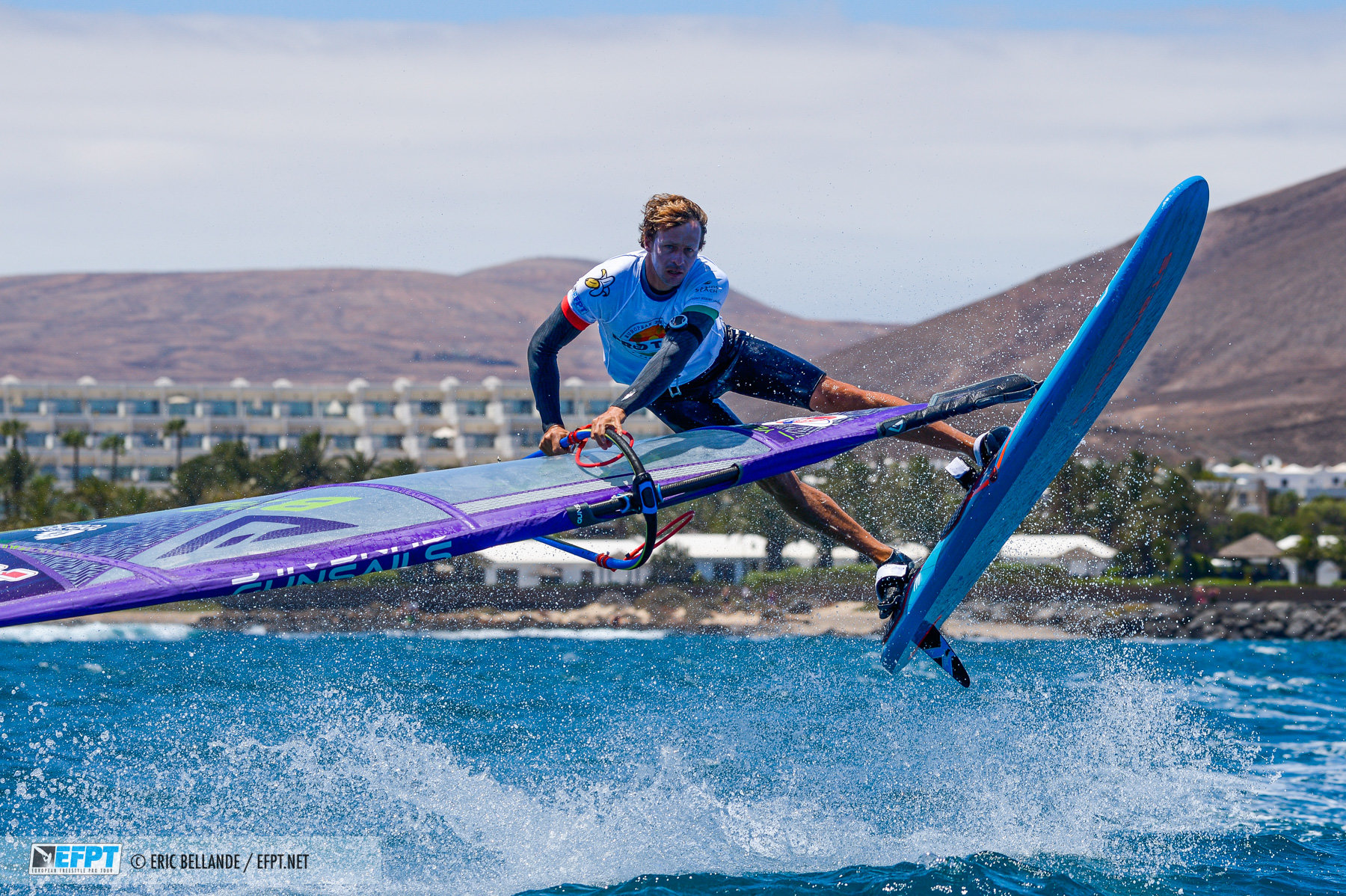 The exciting final heats of the double elimination remain open and we are looking forward to some exciting action tomorrow.