The windy day, when the World’s best kitesurfers were airborne in Cold Hawaii

In this video, the best Danish kitesurfer, Therese Taabbel bring you back to the windy day in September, when the world’s best kitesurfers went head to head in the Cold Hawaii Big Air Competition in their efforts to secure a boarding-pass for the biggest and most prestigious kitesurfing competition in the world.

In the most Northern part of Denmark, we’ll find surfers paradise, Cold Hawaii. This part of Denmark is known for its beautiful uncrowded and sandy landscapes, long wind-blown beaches and charming old fishing boats.And for a couple of weeks ago, also the worldøs best kitesurfers battling to secure a boarding pass for the Red Bull King of the Air-final in South Africa next year.

With strong and powerful storms rolling in from the Atlantic Ocean, a pier to secure smooth and clean waves, Vorupør was the perfect location for a world-class kitesurfing competition as well as a Fly To event for Red Bull King of the Air.

At the pier, the best female kitesurfer in Denmark, Therese Taabbel welcome the viewer to a behind-the-scene videocast from the first Big Air-event in Denmark ever.Almost all the best were there: Tom Bridge, Kevin Langeree, Lasse Walker and the local hero Nick Jacobsen. After four intense rounds, winds between 20-35 knots and an adrenaline-pumping final the podium was decided. It turned out to be the 3 flying Dutchmen; Kevin Langeree (#1), Lasse Walker (#2), Stig Hoefnagel (#3) on top. 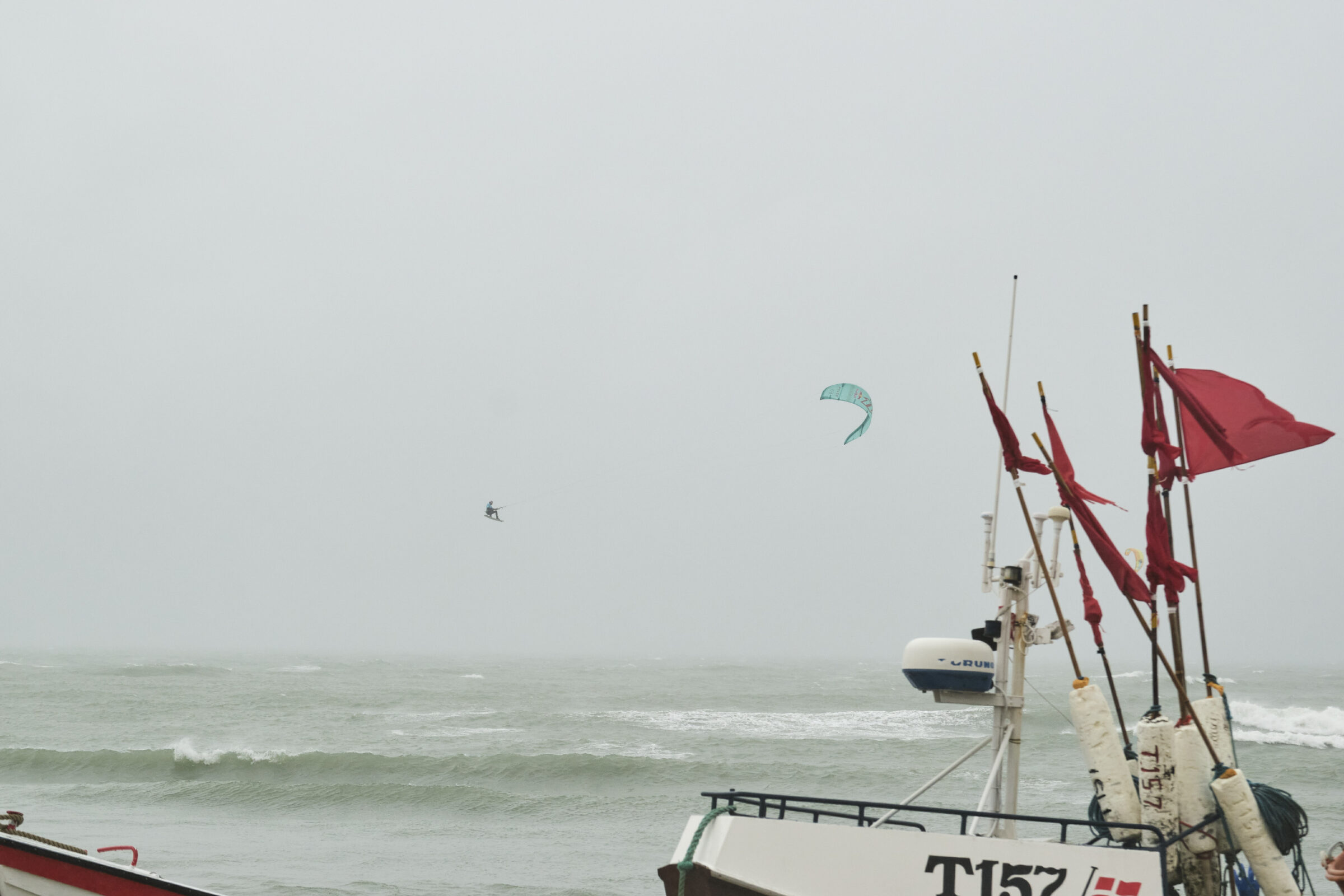