With this new MAGURA Integration Series, the German brake specialist has given us a completely new product series. It is characterized by unique integration solutions that further optimize the design and function of the already-proven MAGURA products. After successfully producing the integrated HSi rim brake and the HGi heated grips, MAGURA has now turned its attention to the cockpit. 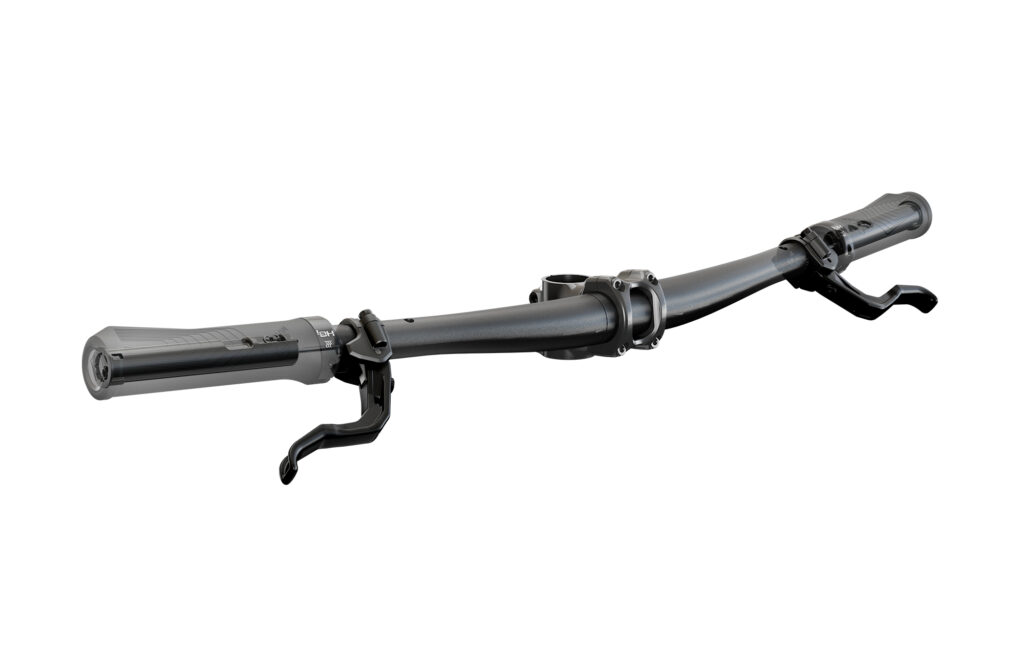 The new MAGURA MCi has all wires and cables laid inside the handlebars for the first time. The result is a tidy appearance and enhanced functionality, offering effective protection against crashes and mechanical damage.

The design of the new MCi also makes it possible for manufacturers to consistently extend the design language of the frame into the cockpit.

During the development of the hydraulic unit, the MAGURA specialists relied on in-house motorcycle know-how. The MCi functions in the same way as a retrofit hydraulic clutch for motorcycles.

The heart of the MAGURA MCi is a cylinder, which is invisibly located in the handlebar grip area. The dimensions of the expansion reservoir and the piston diameter of the MCi correspond to the dimensions used in the MAGURA MT series, giving the MCi the same stability and braking force as conventional MAGURA MT brakes. The MCi is available with 2-piston and 4-piston brake callipers.

The brake tubings are also laid inside the handlebar – they are led through the stem unit and steering tube through special holes in the handlebars. From there, the lines are led to the fork crown, then into the frame and the front brake calliper. Other variations are being considered, such as cable routing through a special headset in the frame. The handlebars and stems are especially designed for use with the MAGURA MCi.

The MCi is actuated by a lever unit attached to the handlebar – the only visible component of the new brake. The system is equally suitable for mountain bike or urban use depending on the installed handlebar and stem unit. Thanks to the lever bearing point being close to the handlebar, however, the MCi gives riders a more direct braking feeling than all previous MAGURA brakes. The ratio between lever travel and braking force is also designed to be more progressive, refining the modulation of the brake.

The lever angle of the MCi is individually adjusted to each bicycle model and optimized for the best possible seating position. Special handlebar grips with a fixed core also allow a projection of up to 2cm at the handlebar end. The handle width is infinitely variable on the lever blade.

The development of the Easy Link was focused on user- friendly service and maintenance, plus of course a tidy cockpit integration. The MCi is the first MAGURA product to use the new Easy Link cable coupling.

The new Easy Link coupling is a special plug-in connector that links the cockpit unit and the brake line. During a service, the cockpit unit can be easily separated from the cable within the frame. Brake bleeding is carried out by means of the proven MAGURA Easy Bleed Technology and a bleed screw at the handlebar end. 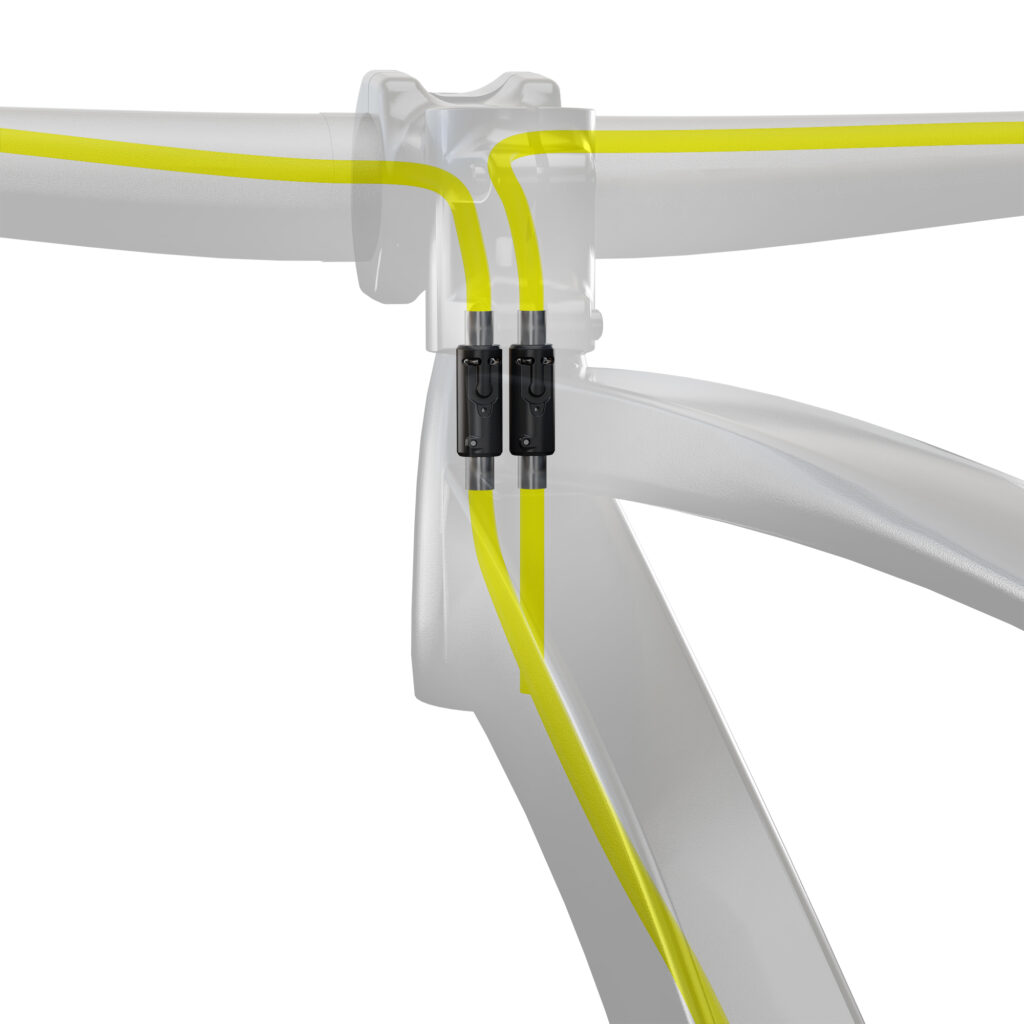 Initially, the MCi will only be reserved for OE partners. MAGURA will act as MCi system supplier during the development and will specify the components such as handlebars, stem unit and cable routing together with the respective bicycle manufacturer. An aftermarket version is not planned for the near future.

MAGURA will initially present a trail bike with MCi as the basis for this product innovation. The trailbike will have an almost-ready serial produc- tion version of the cockpit integration, the wire- less MAGURA VYRON eLECT seat post, internal lines and a wireless SRAM AXS drivetrain. This setup means that the bike is entirely free of external cables & tubings.

MAGURA will present the MTB study and the world‘s first production bike with MCi cockpit at the Eurobike Media Days (July 2-4). MAGURA’s partner is a German brand manufacturer who will present the MCi for the first time on one of its urban bikes. The bike will be available to customers some time in 2019.

In July of 2017, MAGURA presented an optimized generation of the MAGURA HS rim brake. The rigidity and braking force of the brake were increased by integrating the frame and the suspension fork. The HSi offers a noticeably harder bite point and 5% more braking performance than conventional HS Series brakes. The HSi also hugs the shape of the wheel better, providing perfectly symmetrical optics.

Already well-established in the motorcycle sector, MAGURA initially offered heated grips for E-bikes and S-pedelecs. HGi heated grips are powered by the E-bike battery and are continuously adjustable up to a maximum temperature of 40°C depending on the interface. First introduced in the summer of 2018, several bicycle manufacturers have meanwhile installed HGi heated grips on their products this year. 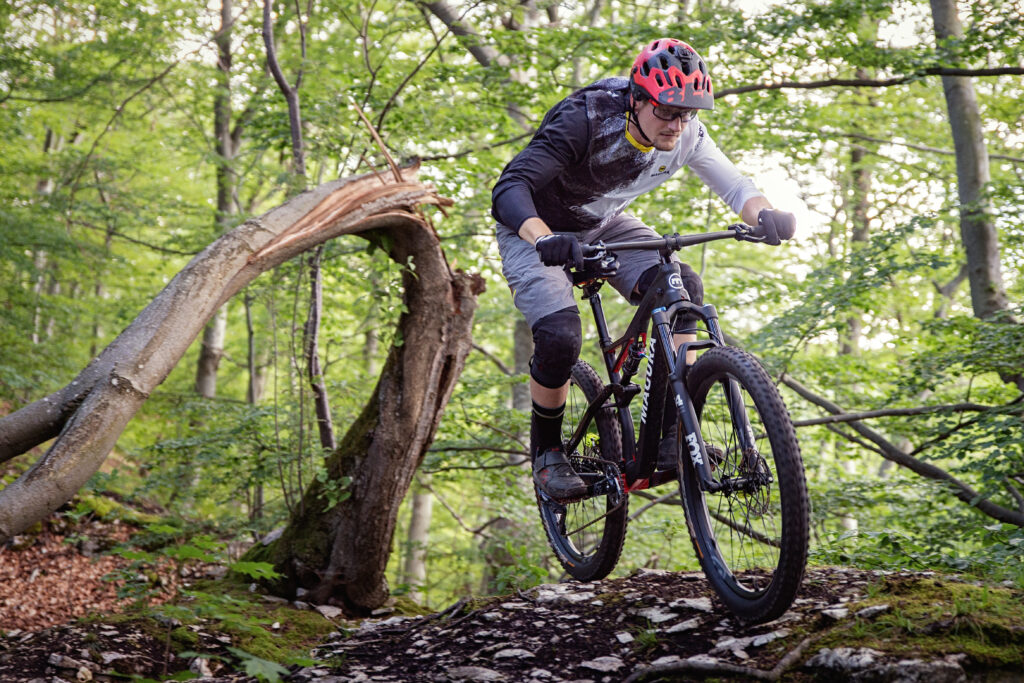